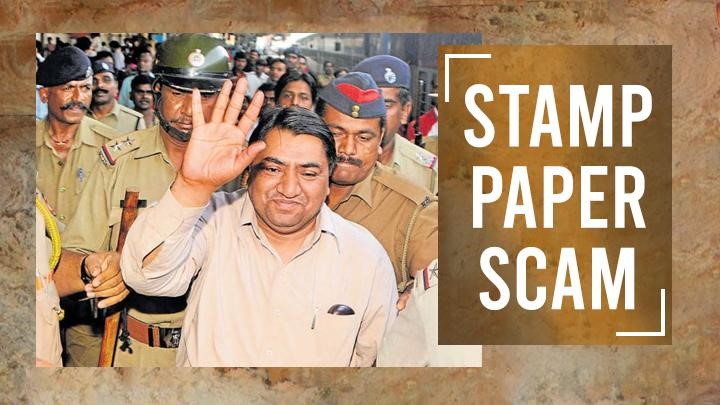 2020 posed itself as a never-ending series of unfortunate phases. One of the only saving graces was the OTT platforms. They kept us entertained even during the gloomiest of days.

A number of shows, movies, web series made their way to the OTT platforms. But it was Hansal Mehta’s “Scam 1992” on SonyLiv that definitely stood out! Be it the top-notch acting done by the reel characters to depict the real characters of Scam 1992 or the nail-biting details of the story, the web series was a hit, to say the least.

Well, if you are an admirer of Hansal Mehta’s work and are intrigued to know about such twisted scams, then get ready!

Yes friends, be ready for a second season of the popular franchise.

Hansal Mehta will be returning with the next season which will follow the story of Abdul Karim Telgi, the man who carried out the “Stamp Paper Scam”.

To know more about the entire fuss, read on!

Abdul Karim Telgi: Who was he?

The name Abdul Karim Telgi first popped up after the stamp paper scam was revealed in 2001.

But who was he?

What fraudulent act did he commit that took the entire nation by storm?

Let us begin with a little background about him.

Abdul Karim Telgi was originally from the Khanapur area of Karnataka and his father was a reputed man working with the Indian Railways. Unfortunately, Telgi lost his father at a very young age and there was no source of income left with the family.

But humans are a resilient breed, and often, the harshest phases of life prove this fact. The same happened to Telgi’s family. In order to make a living, his family started to sell peanuts and vegetables on the local trains.

Even amidst such difficulties, Abdul Karim Telgi was lucky enough to attend a local school, Sarvodaya Vidyalaya in Khanapur. After basic schooling, he did not stop and went on to pursue a bachelor’s degree in Commerce in Belgaum.

After the completion of his studies, Telgi focussed on earning a living in order to support his family. Thus, he decided to shift to the city of dreams, Mumbai.

Although he tried his hands in several jobs like sales executive and hotel manager, Telgi wanted more. Always on the hunt for better opportunities, he moved to Saudi Arabia in 1986 to look for work.

It was only after he had moved back to Mumbai that his life took a turn.

Let us see what happened.

Build-up to the Stamp Paper Scam

After Abdul Karim Telgi returned to Mumbai, he started working as a travel agent. It was during this time that he started dabbling in illegal activities.

As a travel agent, Telgi used to send manpower to Saudi Arabia. Keep in mind that we are talking about the 1990s and travelling outside India without the proper documents was difficult, at least for common people.

Telgi found a neat shortcut to subvert this problem entirely.

He started to make false documents like passports, visas and stamp papers so that he could send people to Saudi Arabia without any hassle. This continued for a while, but his illegal activities caught the eyes of immigration authorities and he was put behind bars in 1993 for forging legal documents.

Even though Abdul was punished for the wrongful work, he did not learn a lesson from it and on top of that, he met people with a more destructive mindset while he was in jail.

If you think that Abdul Karim Telgi was a changed man after this, then let me tell you, that was not the case!

In fact, while he was serving time, he met a man named Ram Ratan Soni who was also in custody. Ram Ratan Soni hailed from Kolkata and was a stamp vendor. Telgi and Soni formed a friendship while in jail and fabricated a plan for an even bigger scam.

After the two of them got out of jail, the initial chapter of the stamp paper ghotala commenced!

Ram Ratan Soni went on to hire Abdul Karim Telgi to sell fake stamp paper in return for a commission. Telgi was street-smart and he made full use of this opportunity to acquire a licence for a legal stamp vendor.

The fake stamps printed by them were so similar to the real ones that it was difficult to spot the difference between the two with the naked eye. With time, their business prospered and they earned immense profits through it.

Telgi’s greed did not stop here.

Along with making money through fake stamps, he got involved in some other businesses as well. His main idea was to mint a massive amount of money using shortcuts.

It was in 1995 that both Ram Soni and Abdul Telgi faced yet another hurdle in front of Mumbai Police.

They landed into even bigger trouble this time as their licence was cancelled right away and a number of cases filed against them by the Mumbai Police. But, by that time Telgi had built such good connections and friendships that he managed to emerge from the mess unscathed.

Not only this, he made his connections so strong with some influential people that he ended up with his own printing press on the very famous Mint Road present in Mumbai!

By setting up a press and acquiring several printing machines, Abdul Karim Telgi re-entered the morally grey world of scams. This time, he even had better links (in form of policemen and politicians) to shield him from the authorities.

And, from here onwards, there was no looking back for Telgi and his business. Ultimately, his net worth kept multiplying by selling fraudulent stamp papers.

How was the Abdul Telgi Scam Uncovered?

Not getting caught in the initial phase sometimes instils a fallacious sense of confidence in scammers. They lose the fear of getting caught and start taking more risks. Some of them even start to believe that in the long run, they will never be caught at all.

Well, that is where most of the scamsters go wrong.

Be it Harshad Mehta or Vijay Mallya, their wrongful acts were revealed to the world and the same happened with Abdul Telgi in 2001.

The counterfeit stamp paper scam was uncovered after two men working with the fake stamp paper were caught in Bengaluru. Their arrest became a lead to reach the mastermind, Abdul Karim Telgi.

The scam was so big that CBI had to step in!

In 2003, famous social activist Anna Hazare filed a petition against Abdul Telgi for carrying out a massive fraud which was roughly valued at approximately Rs 32,000 crores.

Upon investigation, it was revealed that Telgi, a man who once was selling vegetables and peanuts at a railway station to make a living went on to live a king-sized life by making money through frauds. He had minted crores of money by selling fake stamp papers, owned around a hundred bank accounts in major cities and possessed over thirty properties around the nation.

Well, these figures are enough to depict how enormous this stamp paper scam was!

Ultimately, in 2006, Abdul Karim Telgi and the people involved with him were punished with imprisonment of 30 years and he was fined an amount of Rs 202 crores.

But while serving his term in jail, Abdul Telgi lost his life due to multiple-organ failure in October 2017.

A year after his death, the Nashik sessions court of Maharashtra gave him a clean chit in the fake stamp paper scam of 2003 due to the unavailability of concrete evidence against them.

Hansal Mehta to Make a Return with Scam 2003

After taking the world by storm with the web series Scam 1992: The Harshad Mehta Story, Hansal Mehta has announced to launch the second season that will depict the scam pulled off by Abdul Telgi.

The makers of Scam 1992 will probably go with the title ‘Scam 2003: The Curious Case of Abdul Karim Telgi’. The storyline will be an adaption of a book named ‘Reporter Ki Diary’. This book was written by the same news reporter, Sanjay Singh who popularised the stamp paper scam story in front of the entire nation back in 2003.

Which actor would you like to see as Abdul Karim Telgi?

Let us know your views in the comment section below!